The Subsea service-/construction vessel SKANDI AFRICA, owned by the Norwegian company DOF Subsea Rederi AS and built at Vard Søviknes, was given Skipsrevyen’s Ship of the Year 2015 award by the Norwegian Minister of Trade and Industry Mrs. Monica Mæland at Nor-Shipping in Oslo. 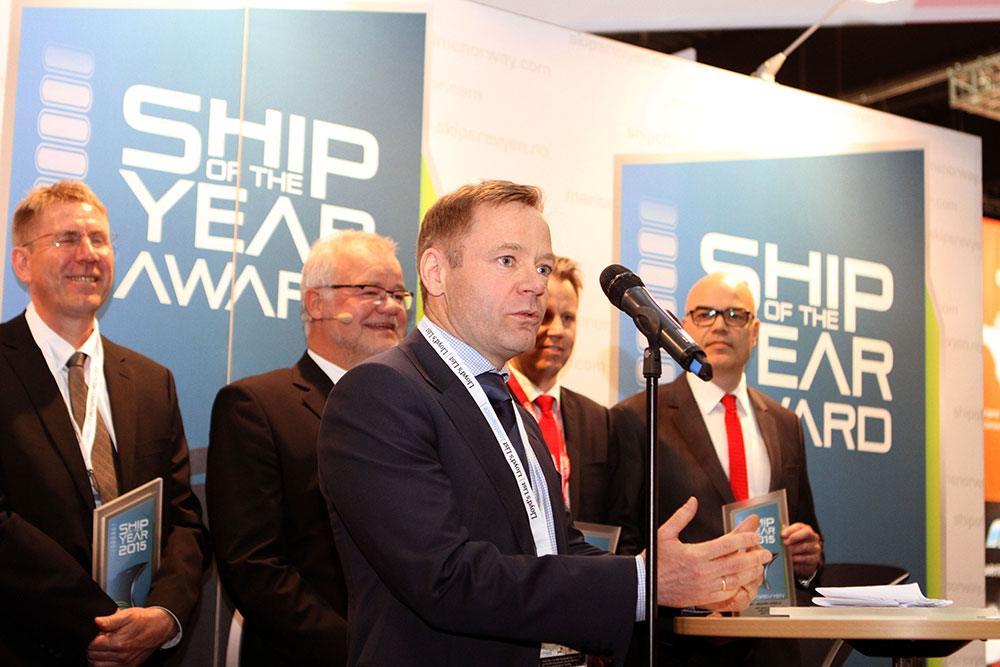 SKANDI AFRICA is built according to VARD 3 12 design and is specially designed and equipped for subsea operation duties with a high focus on good sea-keeping capabilities, excellent station keeping performances and low fuel consumption. The DP class 3 vessel is designed for harsh environment and deepwater subsea construction and flexlay operations, up to 3,000 m depth. 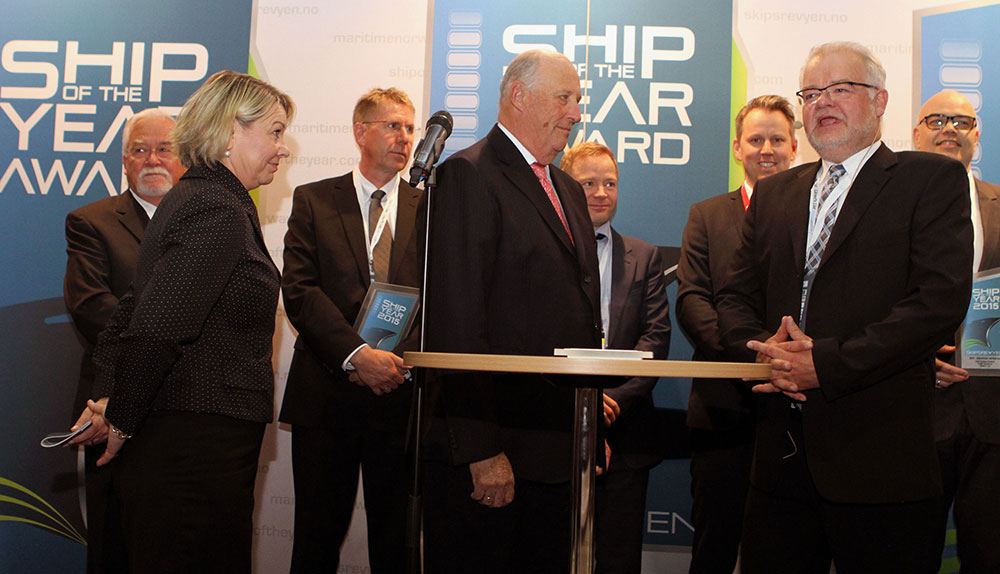 The vessel has accommodation for 140 persons.

The prestigeous SHIP OF THE YEAR-award is instituted by the major Nordic shipping magazine SKIPSREVYEN. Prize candidates are nominated by the readers of the magazine, but the final election is the responsibility of a jury consisting of the former MD of the Norwegian Shipowners’ Association Mr. Rolf Sæther and the MD of the sales and marketing organization Norwegian Shipyards, Mr. Birger Skår and Publisher of SKIPSREVYEN, Mr. Asle B. Strønen.

DOF Subsea Rederi is a leading provider of subsea services in all the major oil and gas production regions around the world. The vessel is on long-term charter to Technip. This company is reckoned to be amongst the world leaders in project management, engineering and constructions for the energy industry. The company has a presence in 48 countries.

The VARD Group is one of the major global designers and shipbuilders of offshore and specialized vessels used in the offshore oil & gas exploration and production & oil services industries. Headquartered in Norway and with 11,000 employees, VARD operates ten strategically located shipbuilding facilities, including five in Norway, two in Romania, two in Brazil and one in Vietnam.